Home » Fortnite Star Wars Event: When, where and how to watch it

The Fortnite Star Wars: The Rise of Skywalker event will be screening live from Risky Reels. The Star Wars event will take place on December 14 2019.

Epic Games have announced a live Fortnite Star Wars event which is coming this Saturday. The event shows us an exclusive scene from the upcoming Star Wars: The Rise of Skywalker film.

What’s more, the movie premiere is going to be revealed by the one and only J.J. Abrams! The exclusive scene is only going to be shown in Fortnite. Players will get a sneak peek before those in the cinema do.

When is the Fortnite Star Wars event?

The Fortnite Star Wars event is taking place in Risky Reels. It will take place on Saturday 14 December 2019 at 11am PST, 2PM EST, 7PM GMT.

The doors will be open 30 minutes before the screening. Epic Games have said players should make their way as early as possible to avoid disappointment.

Where is Risky Reels?

In Fortnite Chapter 1, Risky Reels was a named location. However, since then, it’s had its fair share of makeovers.

However, it has made a return in Chapter 2 as a Fortnite landmark. Whilst they’re not named on the map, you will be able to discover them by approaching the area.

How to watch the Star Wars event

Similar to previous in-game events like the Marshmello concert, players will be rifted into the sky. During this, players will lose their weapons which will become disabled.

Reducing disruption and distraction is key to Fortnite’s Star Wars event’s success. Risky Reels will be highlighted along with a countdown to the start of the premier event.

If like me you’re eagerly awaiting an appearance from J.J. Abrams himself, get down to the drive-through cinema in Risky Reels. Hold onto your seats, as the exclusive Star Wars: The Rise of Skywalker scene is coming your way. 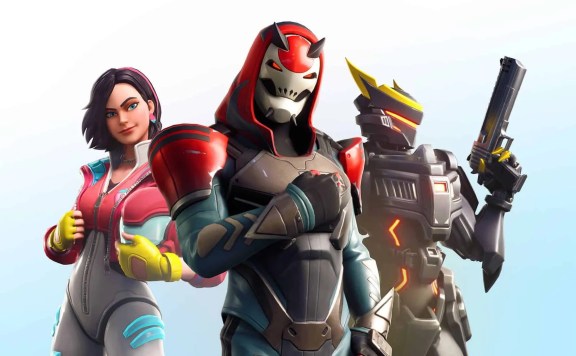